interview with the Foodies Agenda, I share the inspiration behind starting Latasha’s Kitchen, my first memory in the kitchen and the most rewarding part of my job.

Latasha, founder & owner of Latasha’s Kitchen was born and brought up in Malaysia. Her father, as well as mother’s family, originally hailed from Kerala in Southern India. As a result, her cooking reflects the distinctive traditions of food from both South Asia and Southeast Asia.

Settling in Perth in 1994, Latasha quickly realised that Australians were unfamiliar with the many ingredients, methods and styles she took for granted growing up. After 10 years of operating a highly successful cafe, she decided it was time to produce a specialist range of products that people could use every day at home. All products are certified Australian-made and crafted, using only the best local fresh ingredients and imported top-quality dried herbs and spices sourced by herself.

Enjoy everything in moderation and with thanks. Eat various colours, explore textures and rely on aroma. Cook nose to tail. Try not to waste. Use slow cooking techniques and purchase more flavourful and cheaper cuts of proteins like mince, gravy beef, necks and generally meat on the bone. I also enjoy mixing flavours of various ingredients in a pot such as beans, pulses, vegetable and fruit. An example is a Mango Coconut Curry or Banana blossom with crushed fresh coconut and lentils.

What was your inspiration for starting Latasha’s Kitchen?

To cook the memories I cherished of my childhood family kitchen. We are a small family and I was always feeding friends, neighbours and colleagues sometimes even strangers! Starting Latasha’s Kitchen was a natural progression in extending my kitchen philosophy of cooking for others.

What’s your first memory in the kitchen?

I remember around the age of 11 to 12 being very interested in making Asian desserts. Mum taught me how to make sweet potato doughnuts (kuih keria) with a sugar syrup coating. This is still my favourite dessert.

What’s your favourite season for food? 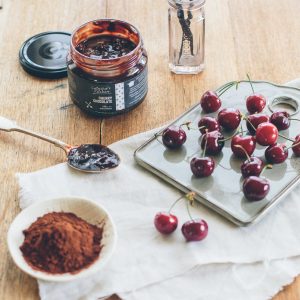 As a small batch producer, what’s the most challenging aspect to your job?

There are so many challenges a small batch producer faces as often we wear various hats fulfilling many roles within the business such as marketing, content development, advertising and promotion, administration and fulfilment. Another spectrum of the business requires you to be hands-on during the manufacturing and product development such as bench testing new flavours and ingredients, looking at packaging solutions etc.

As a female food entrepreneur some of us have other roles to fulfil too such as being a caregiver to a loved one, managing a household, children and pets. All of this means constant juggling and flexibility and being highly organised is a key requirement and challenging aspect to the job.

However one of the core challenges is being unable to fulfil large orders as quickly as the supplier may demand it. This hasn’t happened often as most suppliers who support small batch producers recognise we don’t have the capacity to turn around large orders that quickly. Crafting our batches in small handmade amounts is what sets us apart from the big manufacturers.

And the most rewarding?

Receiving orders for exports to gourmet shops around the world. Being able to work according to your capacity and ability. Mentoring others who are starting out with advice and sharing our experience about what works and how to negotiate and the pitfalls to avoid. 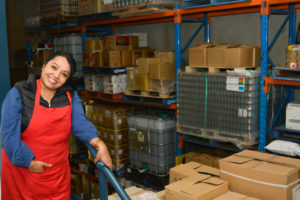 Name a person whom you admire or look up to?

Jon Bon Jovi  and the community restaurant he and his family founded. In fact anyone who feeds those in need are people I look up to.

In recent years, what’s been your biggest achievement for Latasha’s Kitchen?

Earlier this year I entered the Royal Agricultural Society of Victoria’s, Fine Food 2017 Australian Food Awards Competition for the first time. I was over the moon when I won 1 gold, 3 silver and 8 bronze medals in the various categories I entered my range of products into. The result was as unexpected given the level of competitors who enter these awards from all over the country. I was worried I may not even get one placing and was hoping for just one medal win.

What would your ultimate last supper be?

A South Indian vegetarian banana leaf feast with chai tea and madras coffee. Surrounded by loved ones and my favourite music.  Giving thanks for the journey of life and the people I met along the way.