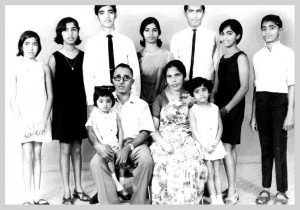 The youngest in a family of nine, I was born in the state of Johor in southern Malaysia although my roots through my parents are from Kerala, India.

From about the time I was 12 until I grew out of my teenage years, I was thrust into cooking. That did not happen by choice. As the youngest, I eventually went to live with my oldest brother and his then wife. So much credit must be given to my ex- sister-in-law. In fact she presented me with my first ever cookbook which was an Australian Women’s Weekly 1990 edition. For someone who actually didn’t care too much for cooking, she had a good grasp of the fundamentals of cooking and baking. This she selflessly passed on to me. I have so many fond memories of various dishes and plenty of disasters in their kitchen. Also, I had the benefit of some excellent tutoring from my sister-in-law’s mum who lived in India and visited Malaysia on short stays. At this point, I was only barely cooking but experimenting all the same.

It was only when I went to live with a sister, Santha, in my l
ate teenage years that I discovered a much deeper passion for cooking. It was interesting to watch Santha cook and her love for feeding others and I still have the handwritten notes about various dishes that she used to cook. In fact, over the years collecting recipes became somewhat of a hobby. I didn’t know then what I’d do with the disorderly collection of scraps of paper. But my love for cooking as well as baking intensified. Not long after, I shared a house with my mates, and was ‘volunteered’ as head chef after my regular day job in advertising with my housemates as kitchen assistants. It was fun and memorable to say the least.

My next good tea 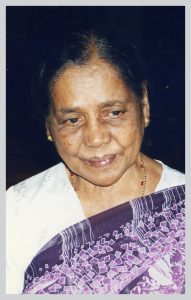 cher was my mother-in-law. By then (1994), I had moved to Perth, Australia where my husband lived. My mother-in-law not only taught me many traditional recipes but cooked them with me to make sure the dishes were perfect from her point of view, and I remember her always complimenting me which helped tremendously giving me confidence in trying out new areas of cooking. Sadly she passed away in 1998 shortly after the birth of my daughter, Sashana. I really believe it was preordained that somehow I would get into cooking. By then, for a long ti
me, I’d cooked for friends and family.

While working fulltime at the The Perth Mint, I’d come home and cook dinner for the family and take leftovers meals for a few close colleagues. It was a suggestion from some colleagues that got me seriously thinking of going down this path. Soon, I was cooking the equivalent of some 30-40 meals three times a week for colleagues who wanted and paid for my home cooked food. So, after a career in marketing and advertising, I decided to go from creating and designing precious metal coins at The Perth Mint to doing something similar with southern Indian food. I decided to open my own little café in Leederville in July 2003.

Then after five successful years, I decided to move to the next step forward and start teaching. The progression from having a café serving a daily range of southern Indian food to teaching the finer points of cooking this food seemed natural enough. One of the several reasons behind this project was my desire to show that slow-cooked food is a great joy. It was almost a shock to my system to find out that in Australia it was rare to find an Indian restaurant that would serve slow-cooked food. It was not that there were no cooks or chefs who could not do it. As always, commercial imperatives underpinned restaurant operations and this usually called for shortcuts. I believed differently. 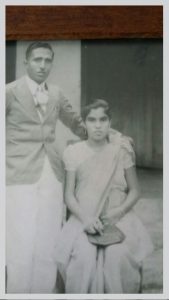 Throughout this journey, my late mum’s adventurous and creative style of cooking and my dad’s silent nurturing spirit has been inspirational. Cooking is a very therapeutic exercise for me. Growing up, my immediate family, extended family, friends and neighbours all played a role in my obsession with cooking. Food was a very important part of our family’s daily life, not an afterthought.

With 10 people in the family, our daily diet was sustained by mum and dad working in the large kitchen garden with chicken, turkey, duck, fruit and
a huge variety of veggies and herbs. Bartering with neighbours and in the market was common practice to sustain our diet. It took me till I got to my 30s to appreciate what dad did.

I do not recall my parents ever buying eggs, chicken or meat from the markets. Our family made curries and ate an array of leafy vegetables, roots such as tapioca, pulses and legumes and made unusual jams, deserts, snacks and pickles with fruit such as jackfruit, coconut, mango, bananas, limes, etc. They also learned to appreciate almost every section of an animal – nothing was wasted, so this included offal and other interesting cuts of meats. It is interesting to see that peasant rustic eating is all the rage these days!

I ate steak for the first time in my 20s since beef wasn’t cooked at our family home. Cooking relaxes me and even when tired I find it so pleasurable and relaxing, and thus rewarding. I consider myself a big cook, so when there’s more to feed then I’m more than happy as well. Strange as it may sound, I find it really hard to sleep if I haven’t indulged in a daily dose of cooking!!

It’s been a ‘karmatic’ experience for me to teach and pass on my original recipes. While many question the wisdom in passing on my ‘secrets’, for me it’s always been something to be shared.

It’s never been in my nature to tweak recipes and hide some essential secret ingredients. I believe in this passionately. Everything is transparent which may explain why our cooking class particip
ants return for other classes. I’m not worried about passing on recipes as I believe in the heart and soul of cooking. By this I mean you put in a bit of yourself into the dish you’re preparing and cooking. By way of your thoughts and emotions. If you’re unwell, physically and mentally tired or emotionally drained you’ll find it spoken in the dish. Even I can cook my own recipes differently each time and I’ll make constructive criticisms of my own. So I’m very relaxed about cooking, teaching and passing on secrets, as I believe my cooking class participants will inject a bit of themselves into the dish and make it their own.

I’m not one for jealously guarding recipes. I sincerely believe in the generosity of the spirit and that sharing is beneficial to one’s mind, body and soul. In fact whenever someone presents us with a gift voucher for a cooking class or course they’ve received, we advise them to cook for the person who gifted the voucher to them or to provide a sample of the food – so something good goes around– a very karmatic experience for both the purchaser and receiver! The good you have done is thus returned.

Wishing you all delicious hours of cooking and sharing of tables with friends and family. 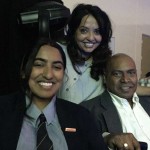