Disappearing Home Recipes and the Art of Humble Home Cooking

‘Back in the old days’ is an expression you don’t hear that much anymore. It was often used to describe harder times; when people had fewer conveniences and relied more on ‘elbow grease’ to get things done. When it came to food; wartime rationing of staples brought out incredible resourcefulness and homemakers had to get creative; with what they had to work with.

I didn’t grow up in Australia, but I can certainly tell stories of my upbringing in Malaysia and how my parents; not at all ‘well-to-do’, used creativity and resourcefulness to feed the family. What hasn’t changed from then, is that meals made with love are always a sign of the richness that exists in the heart. Eating well, whatever the cost or value of the ingredients is one of life’s true pleasures and brings people together like very little else does.

Dishes that tell the story of my family

When we were young, our parents always bought the ingredients they could afford. Multiple mouths to feed on a small budget meant that everyone had to eat the same thing, whether it was their favourite dish or not. But all credit to my parents, they tried their very best to ensure that every meal was enjoyable and tasty, as well as nourishing and satisfying.

The challenge was to select a protein source that was affordable and versatile, and to build a meal around it. It could be meat, fish, eggs, chicken or plant-based proteins like lentils or beans. From there, the dish could be stretched to fill tummies with rice, noodles, potatoes, taro or a range of different vegetables. 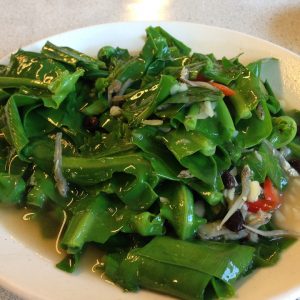 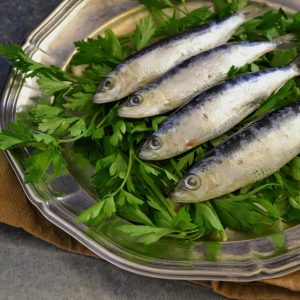 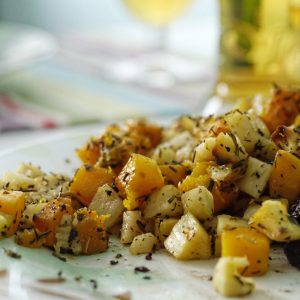 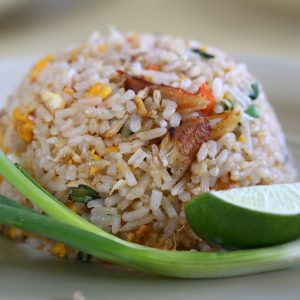 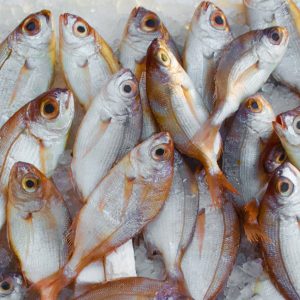 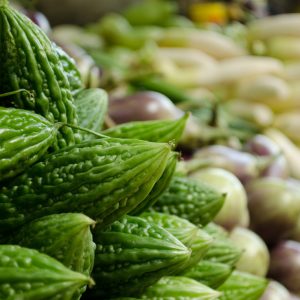 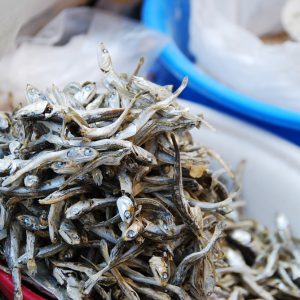 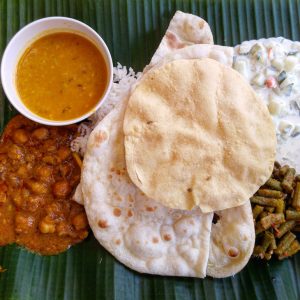 Dad would always buy the small, lesser-known fish at the markets. Because they were cheaper, there would be more bang for buck. Interestingly, though, these fish were more nutritious as well as more economical, and my mother found myriad ways of cooking with them. She would make curries, pan or deep fry, steam, stuff or poach them. Fresh or tinned sardines were turned into sensational curries; used as a stuffing for parathas (murtabak); or made into sardine curry puffs or potato fish cutlets.

My mother would often make a somewhat watery dhal which, on its own, sounds a bit bleak. She was masterful at building flavour into everything she made and we loved her dhal with fried, pounded ikan bilis (dried anchovies). The ikan bilis added important protein, which Mum knew was nutritious and would satisfy hunger, but these days, with more information at our disposal, we know what else it brought. There’s calcium, valuable omega-3 fatty acids and iron so all in all, a wonderful addition to any meal.

Dried fish was turned into sambals or made into curry with broad beans. It was also fried and pounded before being added as a flavour base to stir-fries. Mum and Dad would sometimes buy whitebait or baby shark, steam or boil it then pound with lots of coconut, turmeric, ground chillies, cumin and curry leaves. The aromas wafting from my parents’ kitchen were always inviting and comforting. I can still smell them now when I think back to those days.

Sometimes Mum would make a potato or taro curry and add a few thin strips of ikan bilis to make it tastier. Or, she might take some eggs from our backyard chickens, make her brilliant omelettes and load them up with strips of homegrown veggies. Even her fried rice would benefit from some pounded ikan bilis and chopped, pan-fried omelette.

A lot of these dishes tell stories of tougher times. I’m sure my parents frequently fretted about what to put on the table for dinner. The older I get, the more I crave these humble dishes, thanks to bouts of wistful nostalgia.

Few people can afford rib eye steak on a regular basis; but most can grab a tray of beef mince and put together a very respectable and tasty meal. There’s no shame in having to budget to eat well. It’s a skill we need to encourage as we teach our children how to shop and cook for themselves.

We often hear about ‘nose-to-tail’ eating these days, which is a very admirable pursuit. There’s too much food going to waste and I think it’s important that when consuming animals in our diet, we respect where the food came from. Not everyone enjoys offal and certainly, very few people get excited about a plate of tripe but think about how popular steak and kidney pie was back in the day. A serving of liver and onions was almost a prescription for people who were lacking in iron.

Using sardines, brined or tinned corned meats such as beef or mutton, tinned tuna, dried fish, dried beans and lentils and other economical superstars is nothing to be scoffed at. What’s important is how you dress up these ingredients. Find ways to add flavour; explore ways of stretching meals with carbohydrates; add fresh, frozen or tinned vegetables; throw in some freshly chopped herbs; stir through some aromatic spices.

Turn to a different cuisine for inspiration

Every nationality has an assortment of dishes that came about through necessity in hard times.

The point is, when food is scarce, you do what you have to in order to present a palatable meal. When food is plentiful such as today; there’s no reason why you can’t be inventive and come up with delicious meals using cheap ingredients; to save money and be more mindful of our consumption. Dishes from simpler times; may seem quaint by today’s standards but I believe they still deserve pride of place at the Aussie dinner table.

What memories can you share about meals you ate ‘back in the day’?